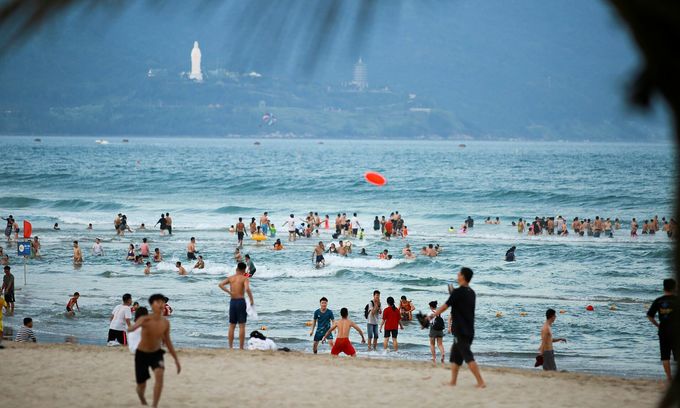 People must wear masks, only swim in permitted areas and keep a distance of one meter from each other. No large gatherings are allowed, including for sports.

The popular tourist city has a coastline of 30 km, which includes many of Vietnam‘s most beautiful beaches like My Khe, Non Nuoc and Nam O.

Restaurants and eateries can serve customers, but not exceed half their covers, and must close by 9 p.m.

People with symptoms like fatigue, cough, fever, sore throat and breathing difficulty and those in mandatory home quarantine should not visit eateries, which are allowed to deny them entry.

But festivals and religious ceremonies remain prohibited until further notice, and bars, karaoke parlors, dance clubs, and massage parlors are not allowed to reopen.

In the fourth wave of Covid that has hit the country starting April 27, Da Nang has had 158 infections. On May 4 it suspended all non-essential business establishments and shut down beaches.

Neighboring Quang Nam Province reopened public beaches and allowed visitors to Hoi An, also a tourism hotspot, on May 25.

Thua Thien-Hue Province, home to tourist town Hue, allowed restaurants and other food establishments to reopen on June 5, but has not lifted the ban on swimming in beaches.

US CDC lists Vietnam in group of safest countries for travel

Stars scale down with micro bags

Actress Diem My also carries a golden bag. The tiny bags, introduced at the Chanel 2021

A four-day expedition to Tu Lan Cave now costs only VND9 million ($392.44) per person while