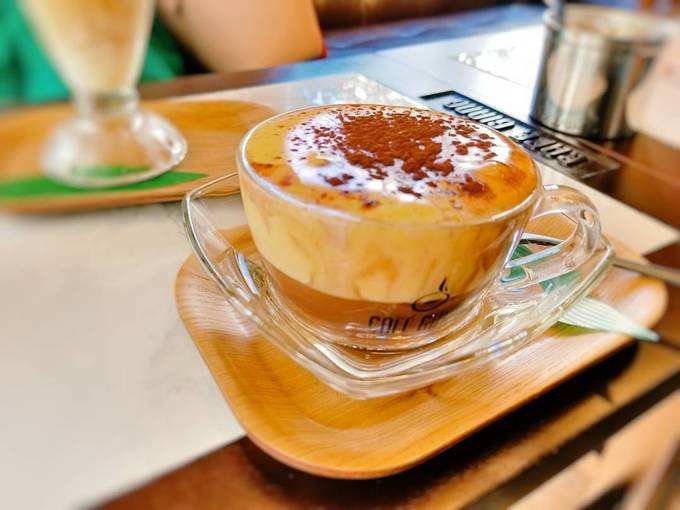 Egg coffee is one of the best-known beverages in Hanoi and can be found at Giang Café. Photo by VnExpress/Giang Huy

Egg coffee, a fascinating Hanoi beverage, will be served free to all correspondents covering the Trump-Kim summit.

Giang Café, which has gained global fame for the drink, will serve 3,000 cups to the international media center at the Vietnam-Soviet Friendship Cultural Palace.

Some 3,000 journalists from all over the world have arrived in Hanoi to cover the historic meeting between U.S. President Donald Trump and North Korean leader Kim Jong-un scheduled for Wednesday and Thursday.

Egg coffee was invented by Giang, who was a bartender at the Metropole Hotel during the French colonial era. He later took cappuccino, added whisked egg yolk and gave it a Vietnamese twist to create the 70-year-old beverage, which has received many plaudits from gourmets around the world.

The drink starts with a layer of condensed milk at the bottom — the Vietnamese twist — over which is poured strong black coffee. Whisked egg yolk is placed on top. The three main elements create a mixture that combines sweet, bitter and fatty flavors.

In 2017 British newspaper The Telegraph named Hanoi one of the world’s 17 greatest cities for food and recommended the egg coffee as a must-try drink.

For Vietnam’s tourism industry, the Trump-Kim summit is a “historic opportunity” for tourism promotion since it is at the center of global attention.

The Vietnam National Tourism Administration Monday announced that international correspondents covering the summit would be taken for free to popular tourist destinations in northern Vietnam, including Ninh Binh and the world-famous Ha Long Bay.

Saigon a big lure for international travelers in 2019

Up to 390 businesses and 1,155 households making a living by providing services in their house