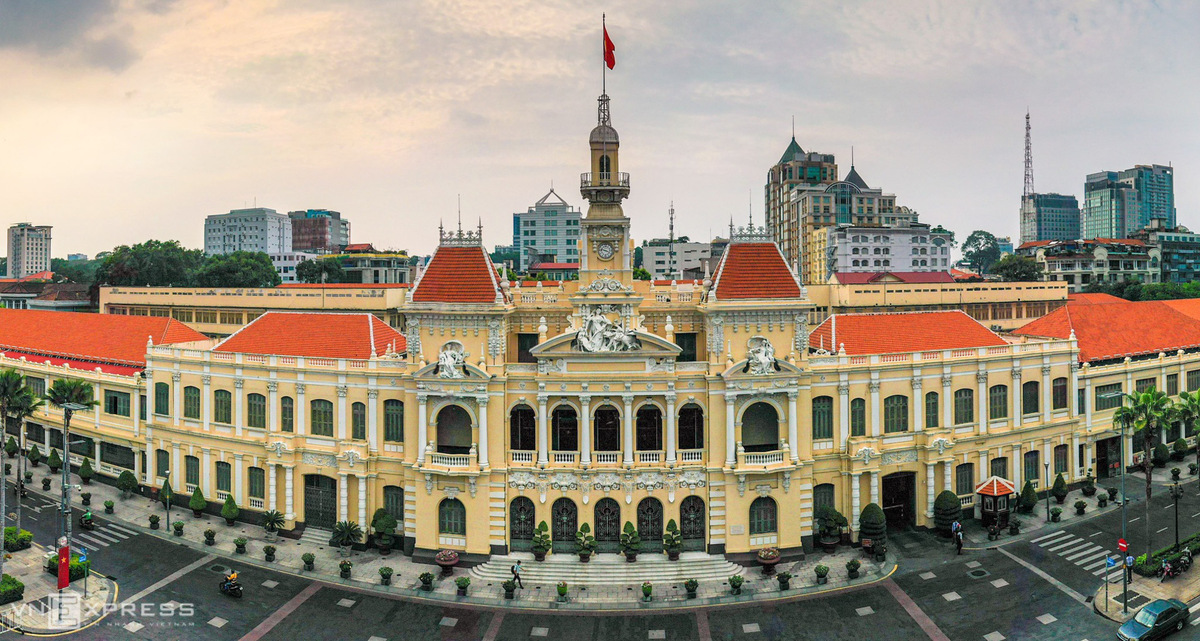 Located at 86 Le Thanh Ton Street, District 1, the building was designed by French architect Femand Gardes. Construction started in 1889 and finished in 1909.

During the French colonial time, it was named Hotel de Ville. In 1954, its moniker was changed to Saigon City Hall and after 1975, to the current Ho Chi Minh City Hall.

It took inspiration from Paris City Hall, designed according to Renaissance and popular northern French aesthetics. 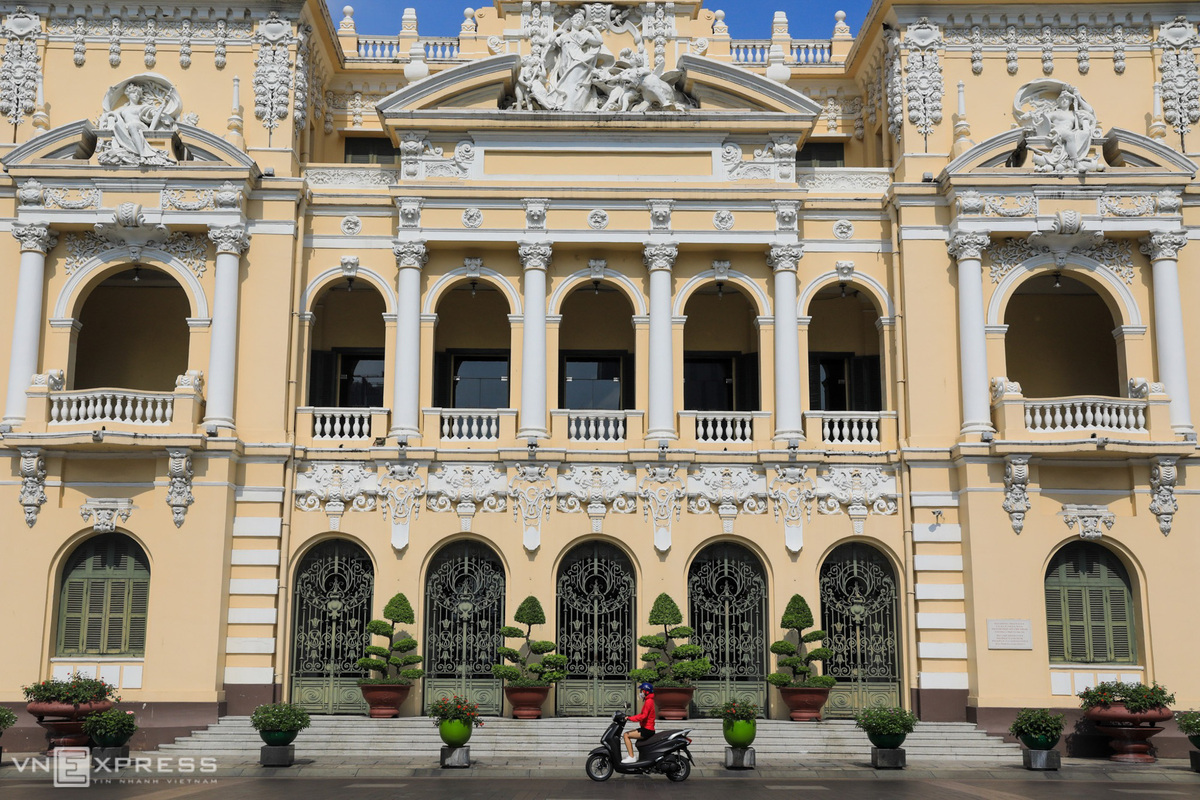 The facade includes Baroque and Rococo stylings, which dated back to the 17th-18th centuries, while the iron gates are distinctly Art Nouveau which was most popular between the end of the 19th century and the early 20th century.

The delicate bell tower decorations were created by famous sculptor Noël Ruffier, replaced by another artist named Bonnet in 1907. 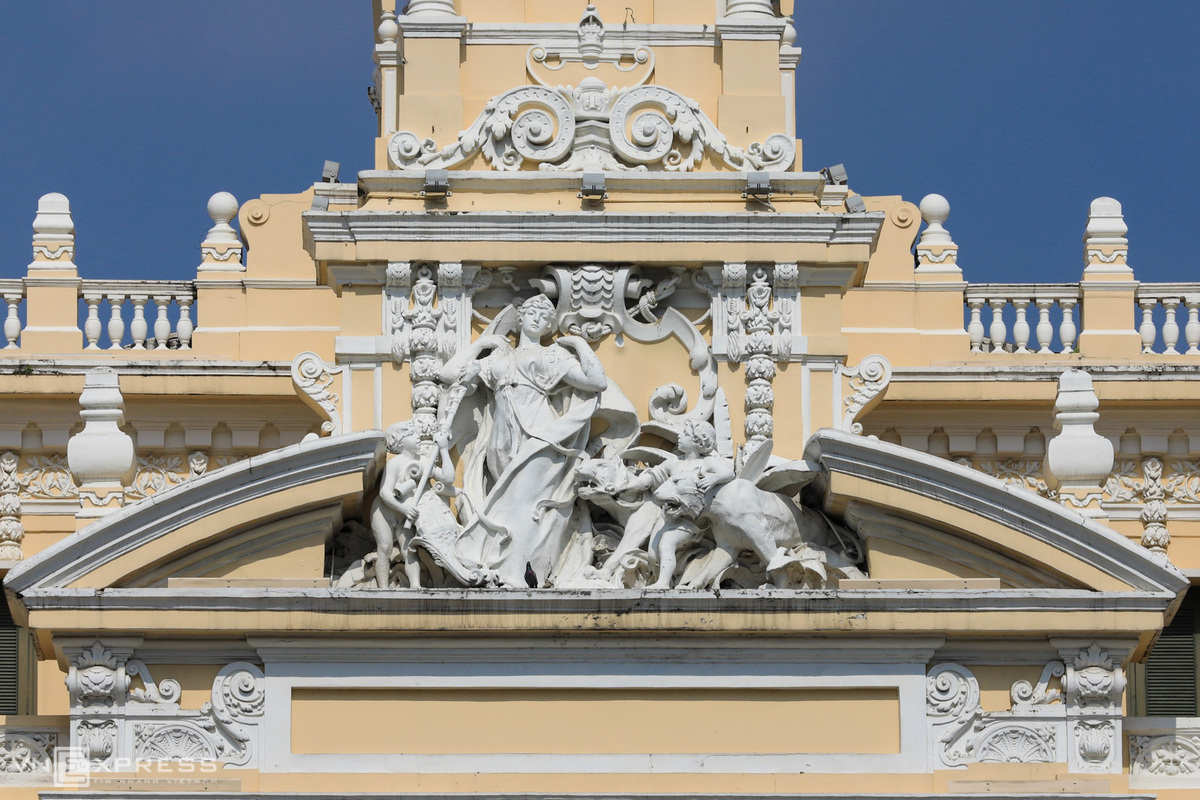 The pediment features a sculpture of Marianne, goddess of liberty. Next to Marianne are two children seen conquering two lions, representing the spirit of freedom. 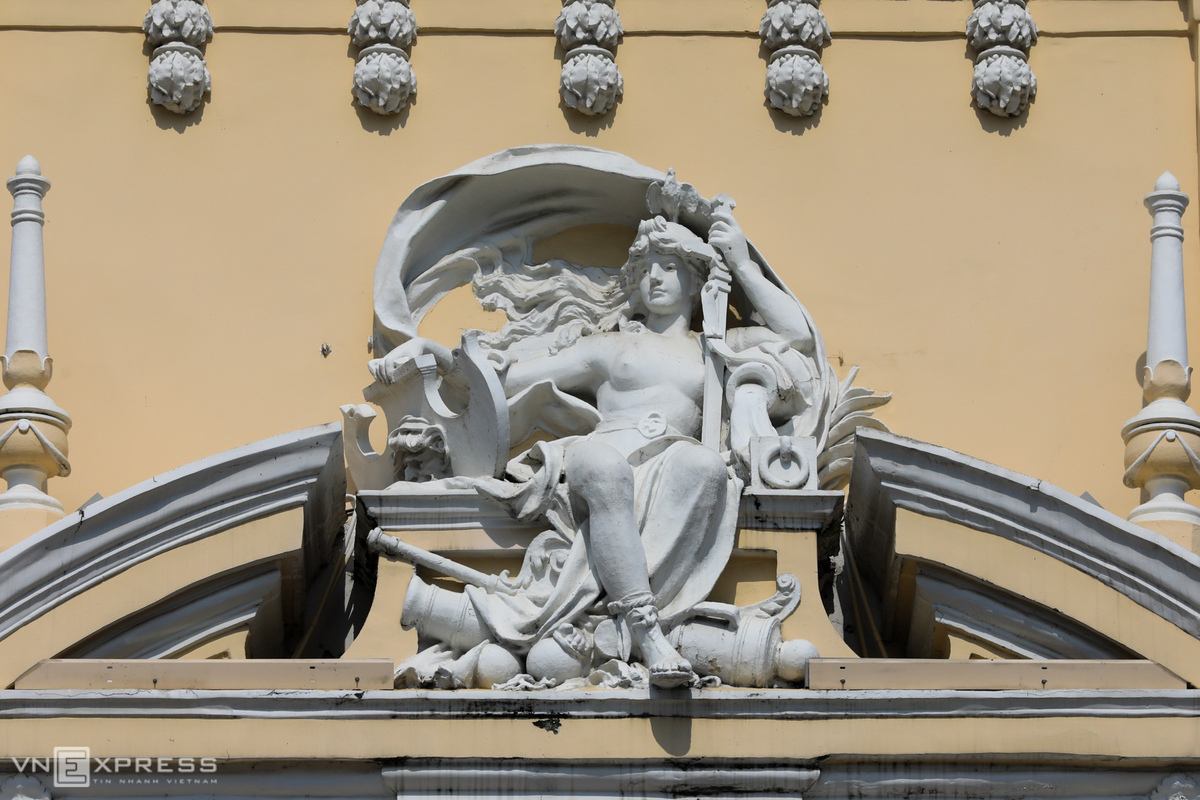 To the right and left of the bell tower are more sculptures of Marianne carrying the sword of righteousness and book of law. The dove on her hat is a symbol of peace. The cannon and gun below her refer to the French Revolution (May 1789). 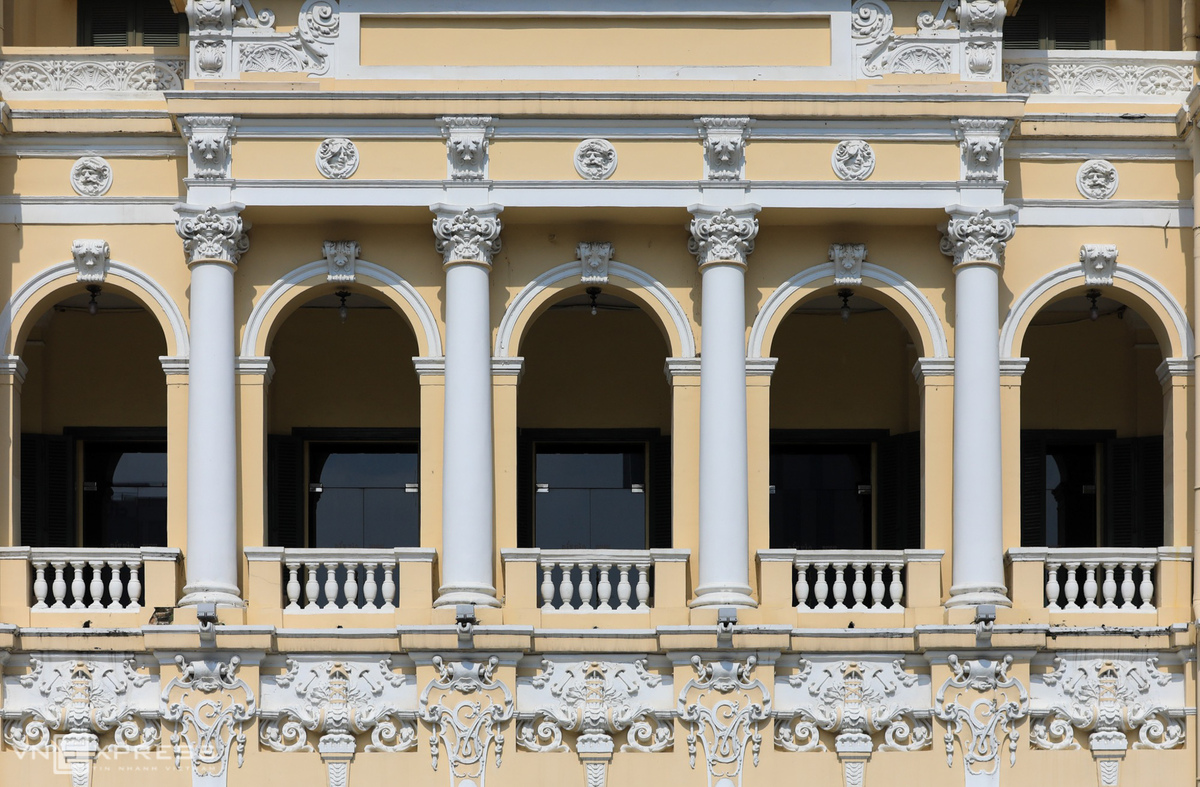 In addition to its rich French design, the hall includes Italian Renaissance elements like round pillars placed between arched doors, increasing ventilation while adding a touch of sophistication. 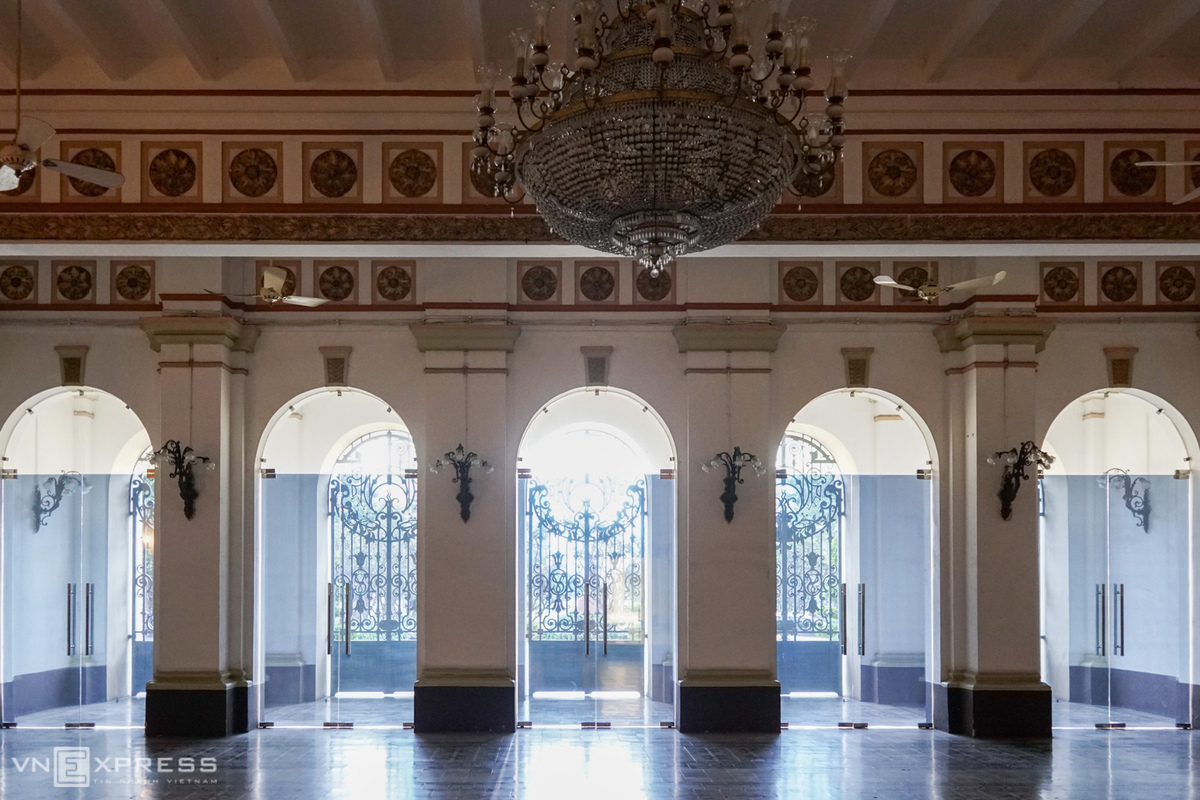 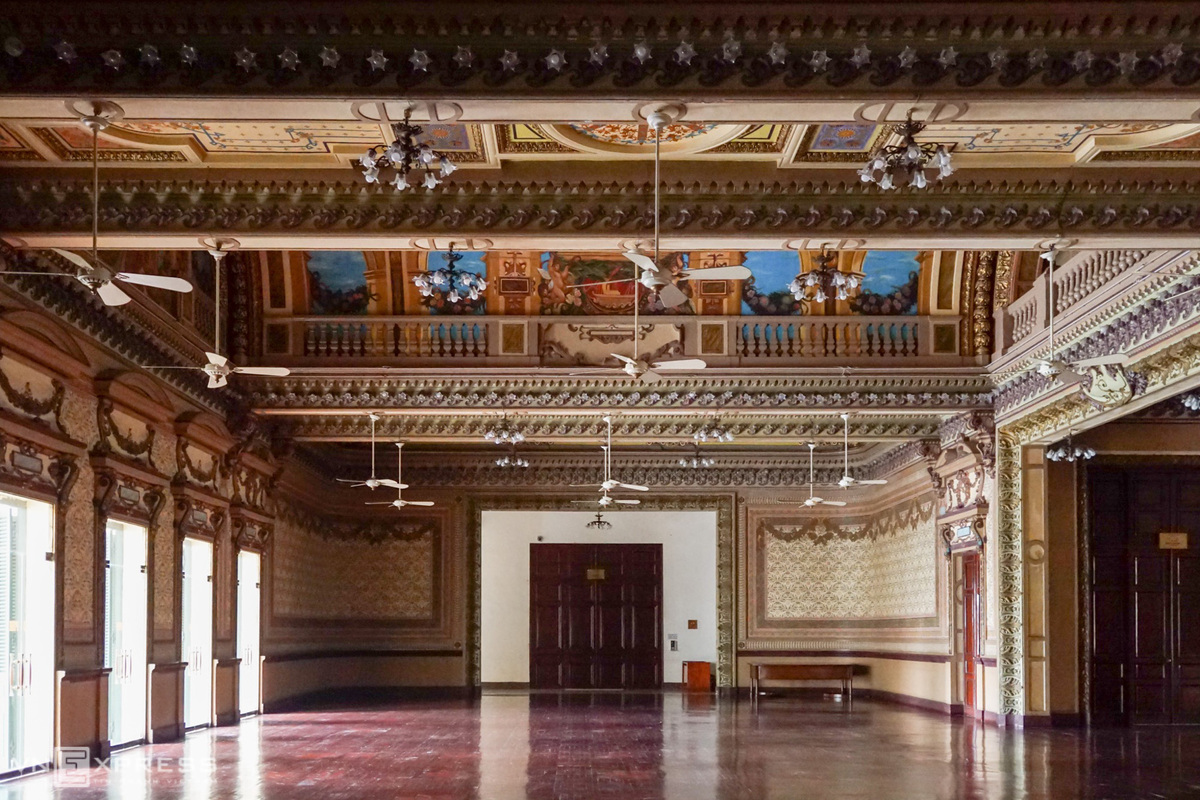 The luxurious main hall carried an air of harmony and resplendence. 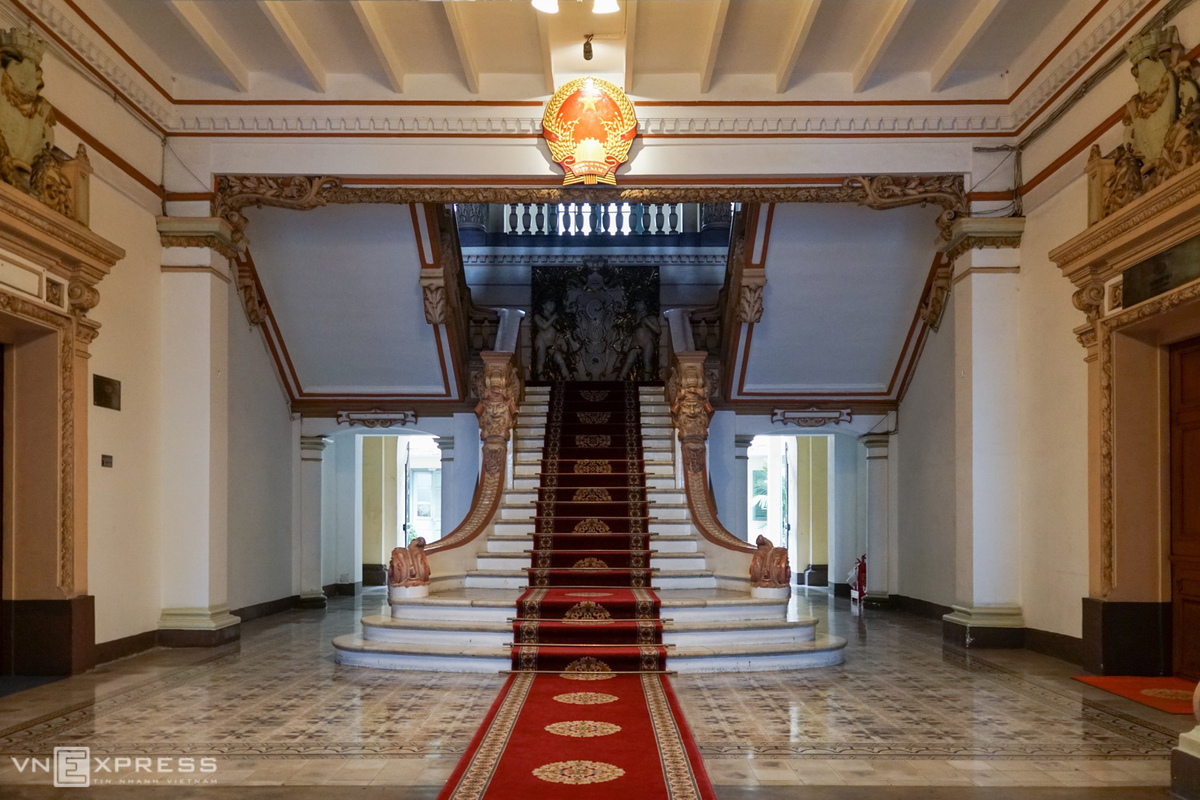 From the main hall on the ground floor an opulently crafted staircase leads to the first floor.

Walls and ceilings are decorated with colorful paintings themed on angels, wreaths, palm leaves, laurel branches, and ribbons, all very fashionable at the time. 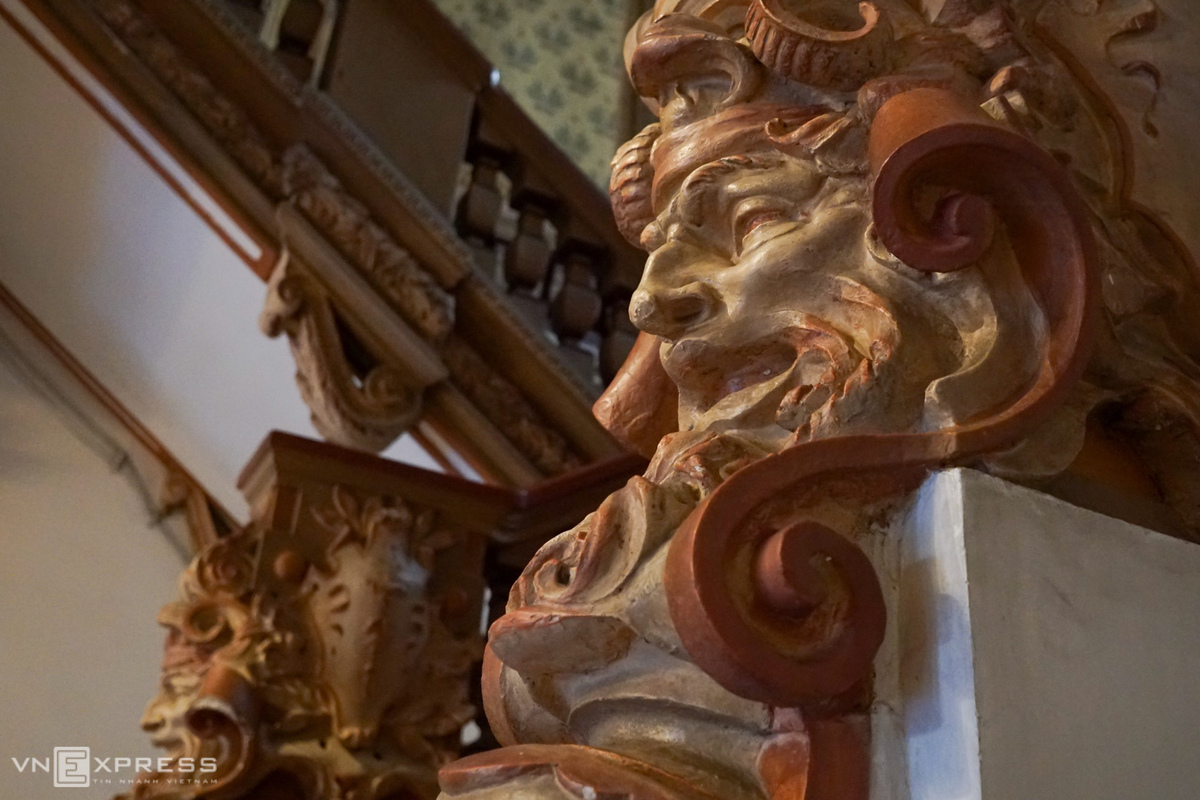 Sculptures decorating the stairs, pillars and ceilings have retained their magical appeal after more than a century. 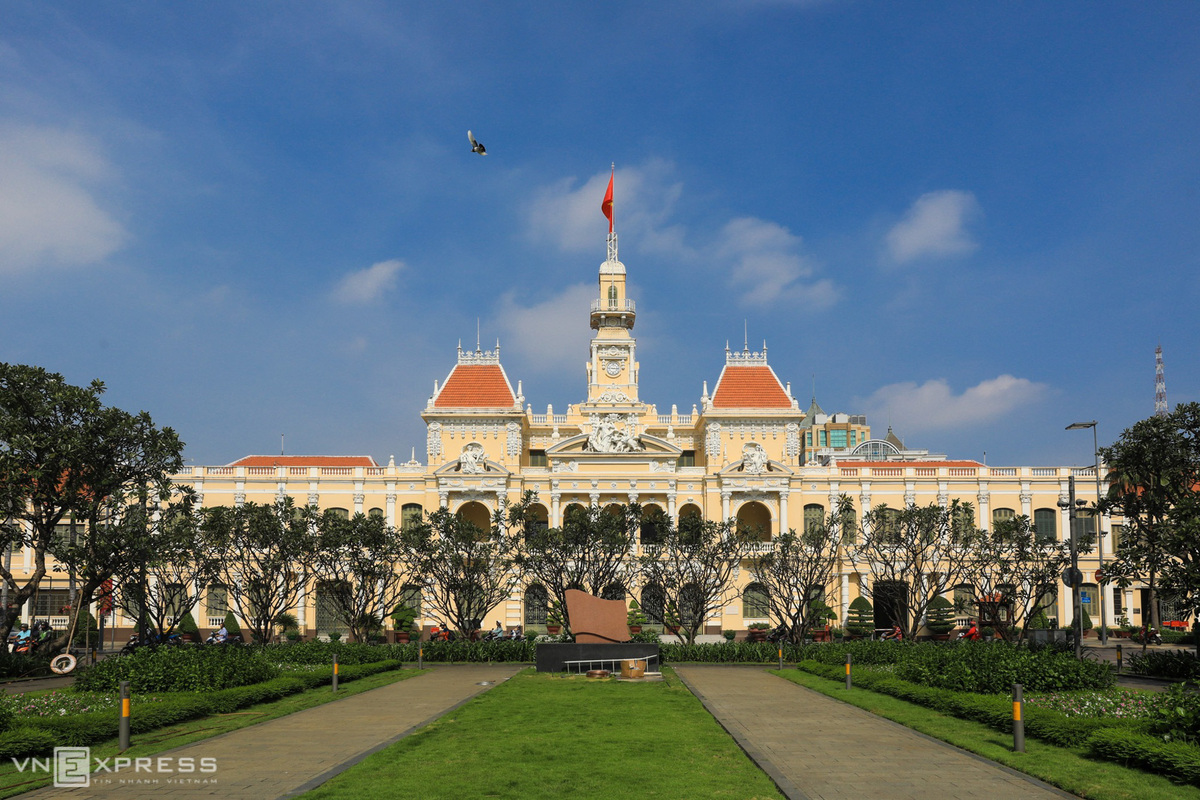 The Ministry of Culture, Sports and Tourism recently decided to recognize the city hall as a national architectural relic.

Hanoi teacher has no plans to retire from painstaking task

“Hello everyone, I am in Ho Chi Minh City, and I am here to eat banh