Thinh was the first Vietnamese singer to perform on a grand stage at the V.Heartbeat Live concert held at the Gocheok Skydome Stadium in Seoul on Saturday night. The Vietnamese singer brought a team of 20 to South Korea for his performance.

Although he has performed many times in South Korea, he was nervous about performing in front of such a huge audience on such a big stage.

“When I heard the cheers from the audience below, I was relieved,” he said.

Thinh shared the stage with South Korean music bands like Monsta X, ITZY and Stray Kids at the concert.

On November 24, Thinh will return to South Korea where he will perform at the ASEAN Fantasia 2019, a part of the ASEAN-Repulic of Korea Commemorative Summit 2019 which will be open in Busan on November 27.

Noo began his career in HCMC in 2009, and has released eight albums and more than 30 MVs so far.

In 2016, the Vietnamese singer attended the Asia Song Festival in South Korea, one of the biggest in Asia, and performed “I Don’t Believe In You” with rapper BASICK, which was nominated as one of the top five most impressive performances at the festival. 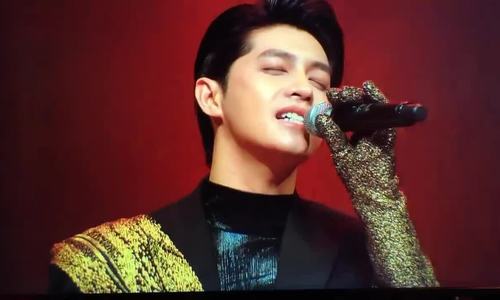