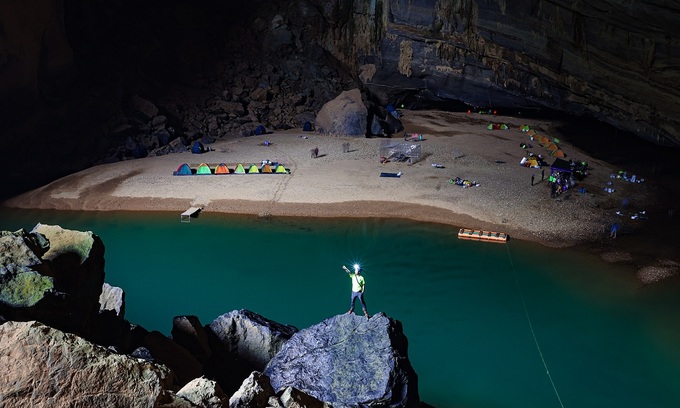 All 1,000 slots for adventure tours to Son Doong, the world’s largest cave, in 2022 have been fully booked by domestic tourists, mainly from Ho Chi Minh City and southern provinces.


Around 100 tourists, mostly foreigners, have already booked tours to the cave complex in the central province of Quang Binh for 2023, said Oxalis, the only private company licensed to explore and conduct tours of Son Doong.

Since 2020, the price for a four-day expedition into Son Doong has been reduced to $2,500 per person from the previous $3,000 in an effort to stimulate tourism due to the impacts of the Covid pandemic. But starting next year, the tour price would return to normal, said Nguyen Chau A, CEO of Oxalis.

He told VnExpress International his company would focus on the domestic tourism market since the pandemic still limits foreign travel.

In the last two years it has taken over 10,000 Vietnamese tourists to Son Doong. The company has started preparing for an international promotion campaign in 2023, and at the end of this month would organize a tour for a BBC team coming to film inside Phong Nha-Ke Bang National Park.

Son Doong opened to tourists in 2013. It comprises at least 150 individual caves, a dense subterranean jungle and several underground rivers.

Quang Binh Province currently requires no quarantine and testing for domestic tourists but they are required to be fully vaccinated or have recovered from Covid.