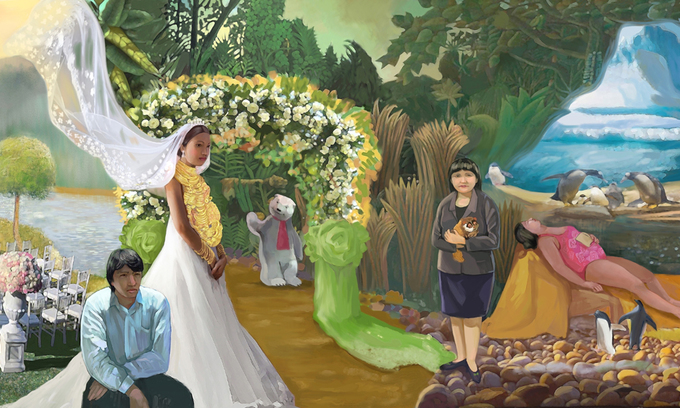 The other winners were two young directors Duong Dieu Linh and Le Quynh Anh, who got the Moulin d’André-CEC and Rotterdam Lab awards, respectively.

In “Cu Li Khong Bao Gio Khoc”, M, a retired worker in Vietnam returns to Berlin after learning her estranged German husband has died, and finds that he has left her an urn with his ashes and Cu Li, his dog. Upon returning to Vietnam, M finds that her pregnant niece Van is rushing into marriage. M begins to recount her own experiences, fearing that Van would make the same mistakes as she did.

The film receives a lot of media attention after it was screened at the film festival. The Variety magazine said it was an impressive mix of Vietnam’s past and present.

This was not the first award for “Tro Tan Ruc Ro”. The film had won an award at the Busan Film Festival in 2017.