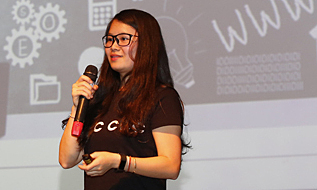 Nguyen Thi Khanh Huyen is the only Vietnamese representative among the top 10 global influencers in data science and artificial intelligence named by Linkedin.

It compiles the list by examining all sharing activity on its platform from October 1, 2019 through September 30, 2020, and using a combination of quantitative and qualitative signals including engagement (comments, reactions and shares), follower growth and posting cadence.

It said: “Having worked at prominent tech companies including Netflix and NVIDIA, Huyen joined the AI startup Snorkel last December. A Stanford graduate, Huyen turned to LinkedIn to find reviewers for the course she’ll start teaching there in January next year, Machine Learning Systems Design.”

Before coming to the U.S., Chip helped launch Vietnam’s second most popular web browser, Coc Coc. She’s currently writing a book on how to interview for machine learning roles, it added.

Born in the northern province of Nam Dinh, Huyen is well known as a writer and computer scientist, and is famous among young Vietnamese for her 2013 book ‘Pick up your backpack and go.’

​For Vietnamese filmmakers, scripting a remake is easier said than written

Hue coffee house architects connect the past with the future