Ly Son, formed by five mountains, four of which are dormant volcanoes, is a combination of three islands including Dao Lon (Big Island), Dao Be (Small Island) and Mu Cu Islet. The island district, which used to be off the beaten tourism track, has become increasingly popular among both domestic and foreign visitors in recent years.

Local authorities are considering a fee of VND100,000 ($4.3) per person for visiting sites on the Big Island, the largest on Ly Son, which includes attractions like the Cau Cave, Cave Pagoda, To Vo Arch, and Thoi Loi Mountain.

A tour to Dao Be (Small Island), famous for its historical and cultural sites and museums, would cost VND50,000 ($2.2) per person.

Children below the age of six, the disabled and those who are living on the island or traveling for work will be exempt. Children aged between six and 15, the elderly and students will enjoy a 50 percent discount.

Authorities said the entry fees will be used for conservation – to preserve the local ecology, scenic spots, historical sites and museums. The funds will also be used to build needed infrastructure.

There are many national heritage sites and valuable historical evidence of Vietnam’s sovereignty over the Truong Sa (Spratly) and Hoang Sa (Paracel) archipelagoes on Ly Son Island, but conservation of these sites has been challenged by the limited local budget, according to the district’s Party chief Nguyen Viet Vy.

The 10-square-kilometer island is home to around 20,000 households who make a living on fishing and garlic cultivation.

Once a sleepy and peaceful island, Ly Son’s tourism boom in recent years prompted authorities to issue a code of conduct in 2017. The code of conduct offers recommendations for dos and don’ts for local residents, travelers and tourism service providers in a bid to turn the beautiful island into a civilized and friendly tourist spot.

In 2017, authorities in Ly Son Island issued a directive calling on local residents to minimize the use of plastic bags. 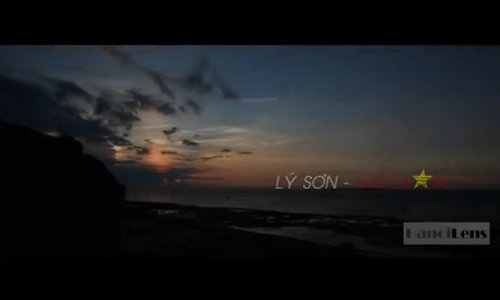 Its increasing popularity has seen the island face serious pollution with a daily discharge of more than 10 tons of garbage while its sole waste treatment facility can incinerate only 1.5 tons.

Cham and Be islands in the region are two places in the country that have banned the use of plastic. Phu Quoc, Vietnam’s biggest island, is also working with the World Wild Fund Vietnam to map out a plan to be plastic free by 2020.